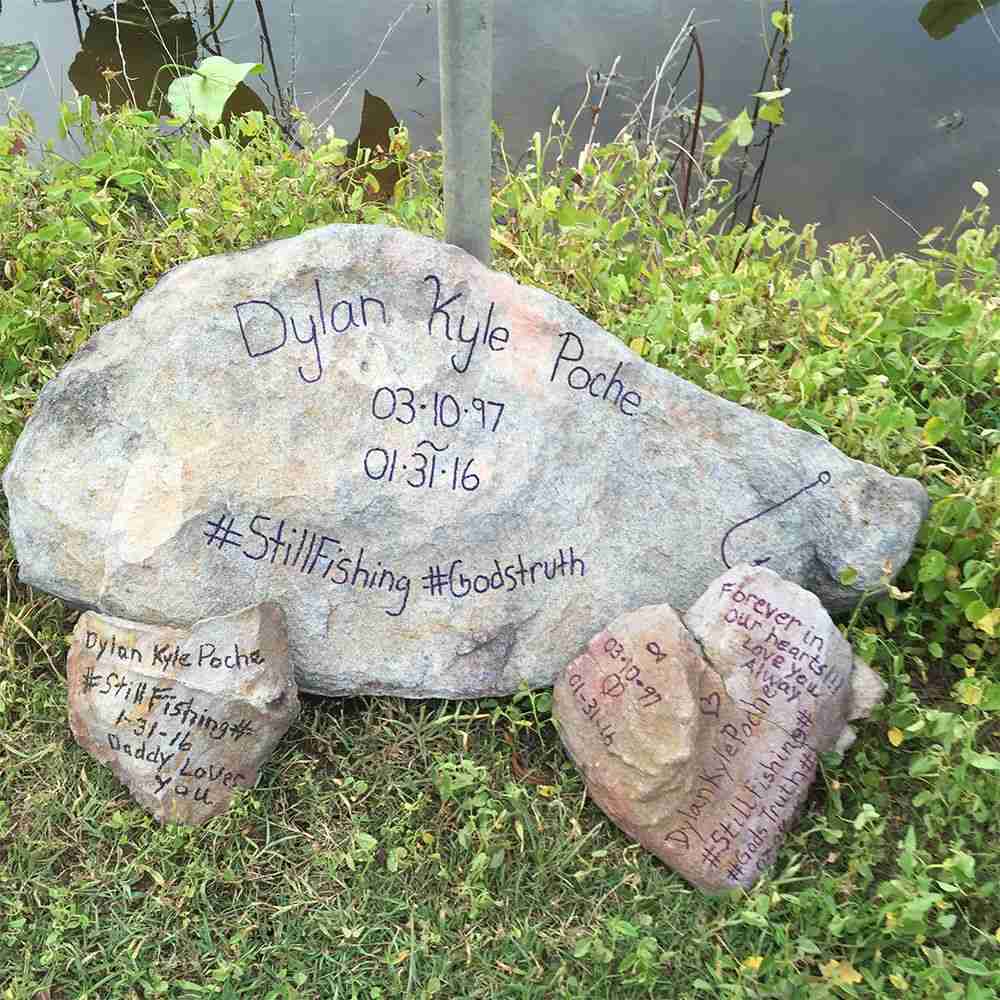 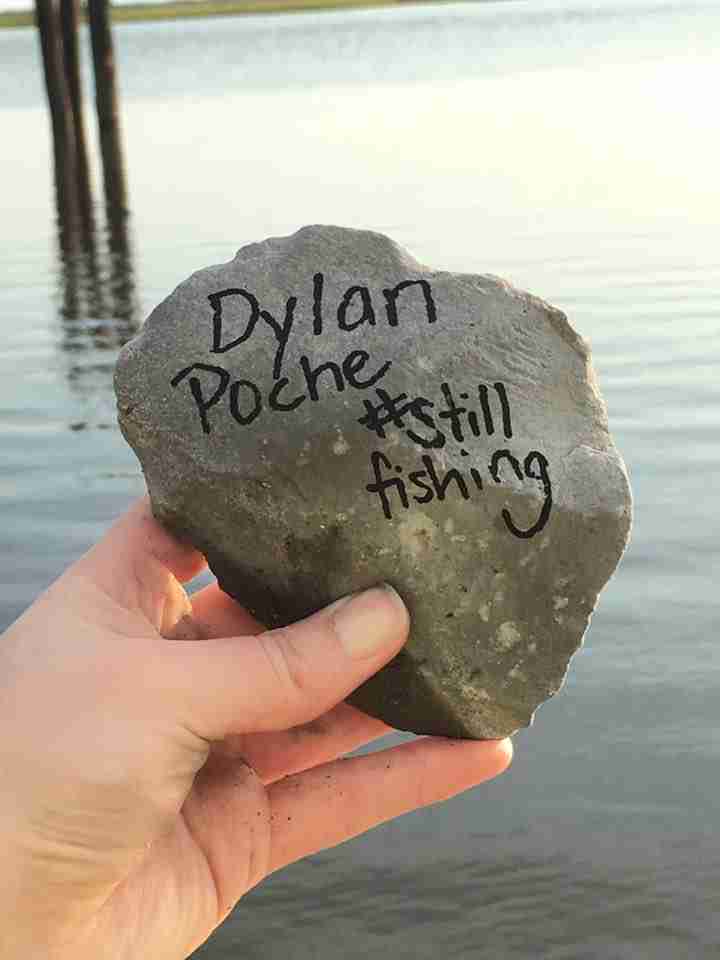 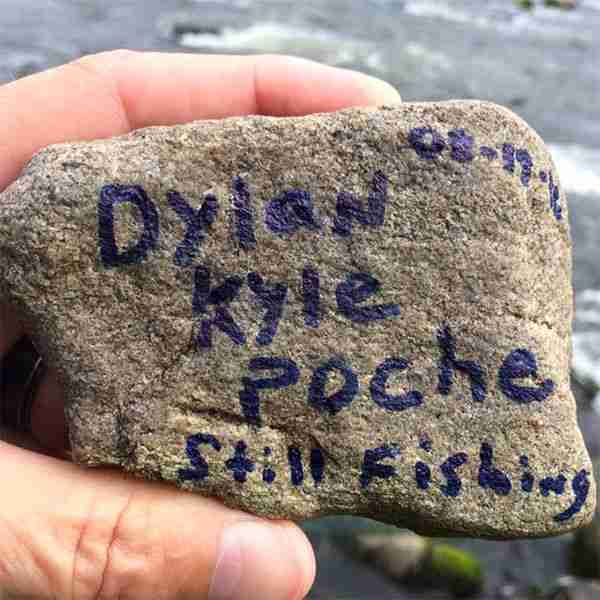 When Dylan’s life was taken at the Sibley Lake boat launch in Natchitoches, Louisiana, a memorial of rocks was created by family and friends at the lakeside.  Many, many people have signed and written messages there in memory of Dylan.  To those who loved Dylan, they’re not just rocks, but are symbols of love in his honor.
Dylan was a passionate fisherman, on the college fishing team, and it seemed, destined to be a professional angler like his uncle,  Keith Poche.  Had his life not been taken from him so early, he would have, no doubt, fished in waters all over the world.
One day while Misty Ott, Dylan’s mother, was fishing with her boyfriend, Kevin Sanders, she picked up a rock and wrote a message to Dylan on it, then tossed it into the water.  Misty was taken back to when Dylan and his  brothers were always finding heart-shaped rocks and bringing them to her.   It was then the idea for this page came about.   What if, in a sense, Dylan could still fish all over the world?
Misty  shared the idea with Kevin and  then Dylan’s brothers, Kaleb and Brayden, and Burt & Shelly Poche, Dylan’s dad and step-mom.  This page, this movement, Dylan Kyle Poche – Fishing Around The World, was birthed from that idea.
Each time someone writes Dylan’s name on a rock and throws it in a body of water somewhere on this earth, his memory and his love for fishing is honored.  Just write Dylan’s name, or DKP, his initials, and “Still Fishin”, or “Gone Fishing”, or whatever message you wish on a rock, toss it into a body of water where you are fishing or visiting, and post a video or picture to his page. Please tag your location as his family would love to keep track of the locations.
Words can’t express the emotions and gratitude we feel each and every time we see a post on this page.  It does not matter if he has already had a rock thrown in your body of water, feel free to throw it again.  If you can leave a rock on land and give instructions on the movement, please do so.
Thank you for honoring Dylan’s memory and his love for fishing.   You are the best!
#DylanKylePoche
#StillFishin’
#StopTheViolence
#GodsTruth
JOIN US ON FACEBOOK 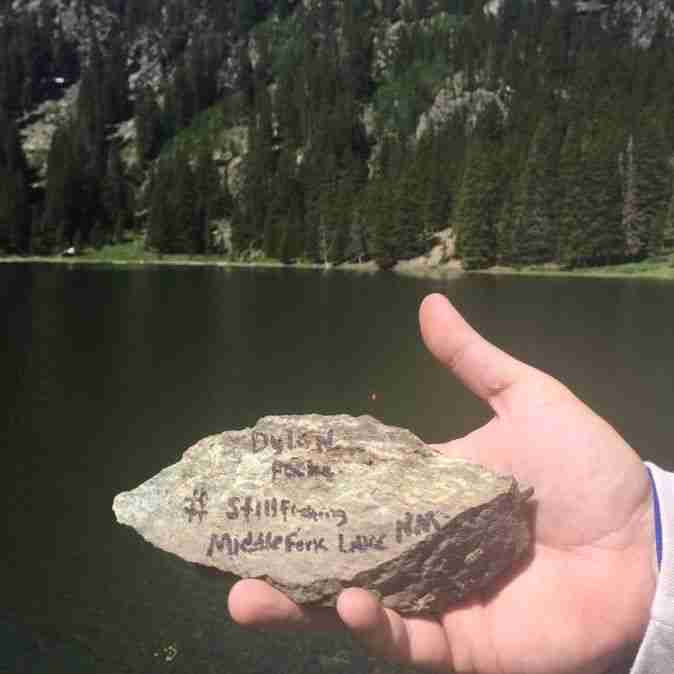 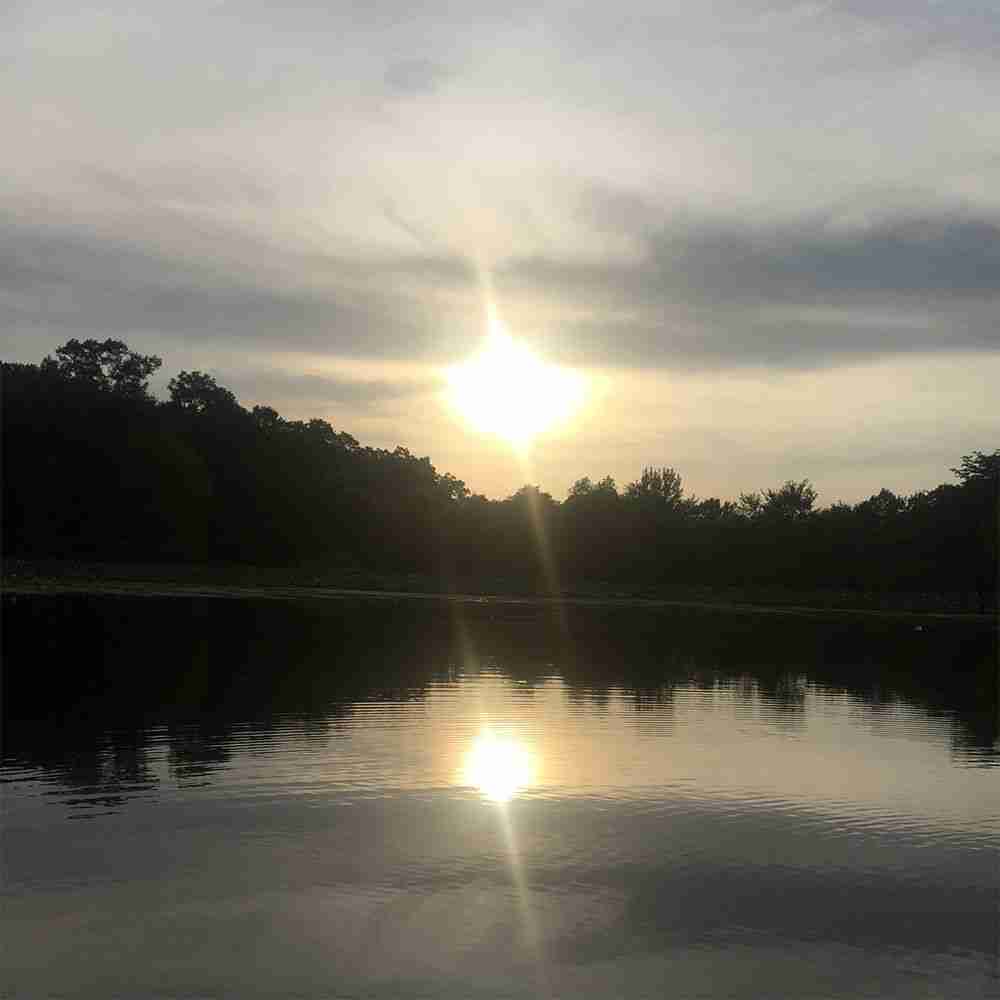 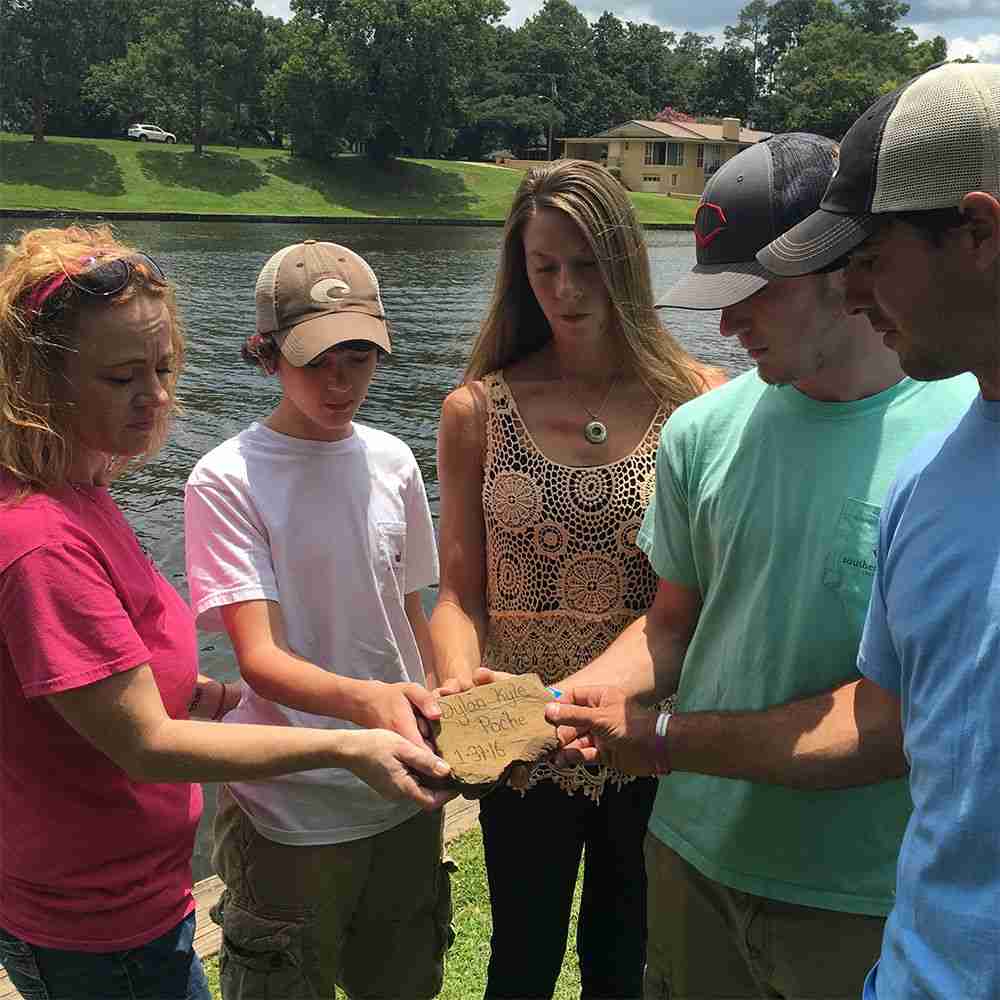 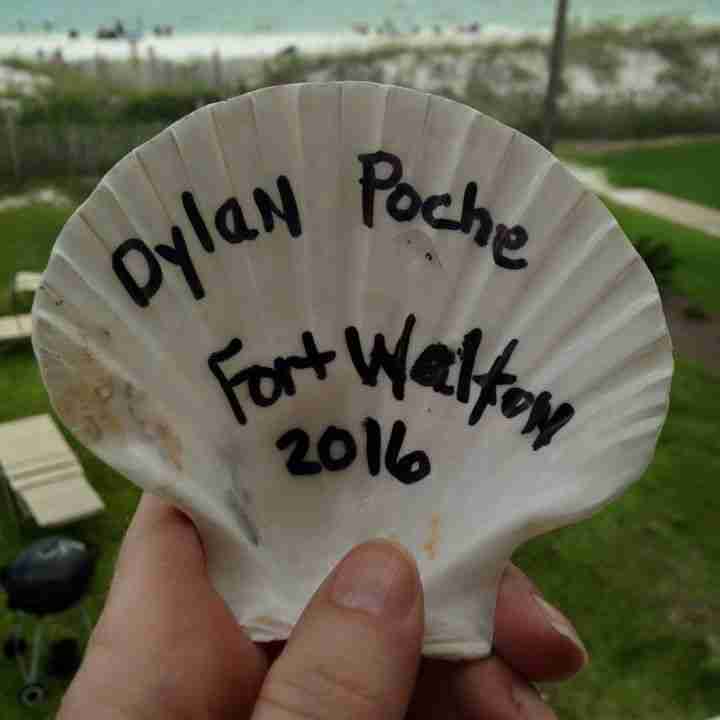 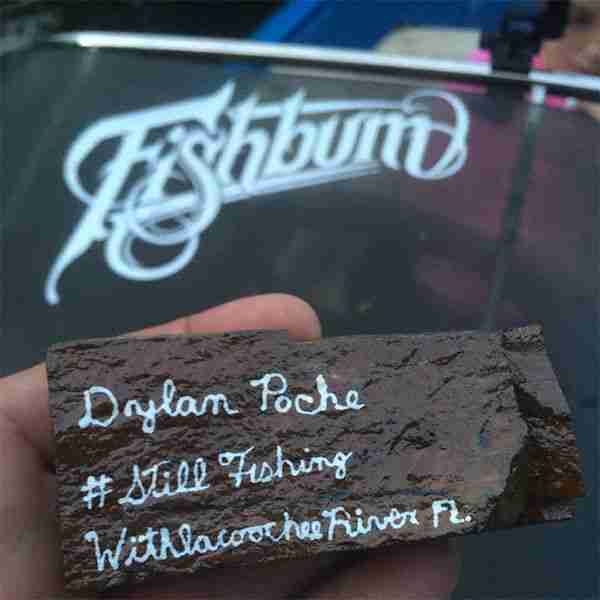 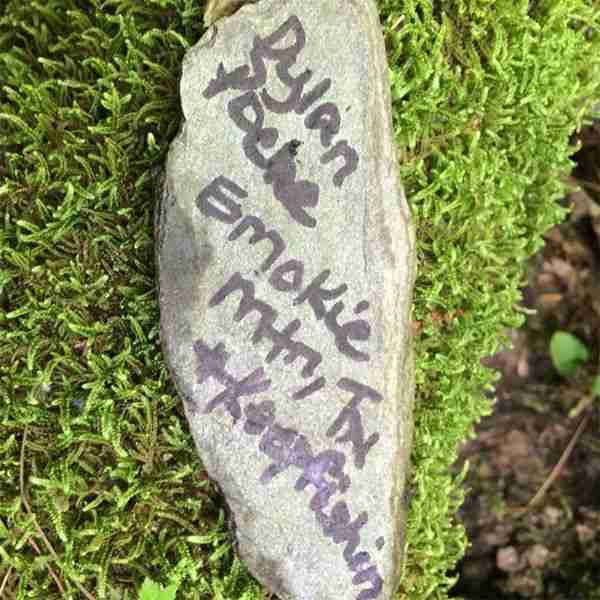 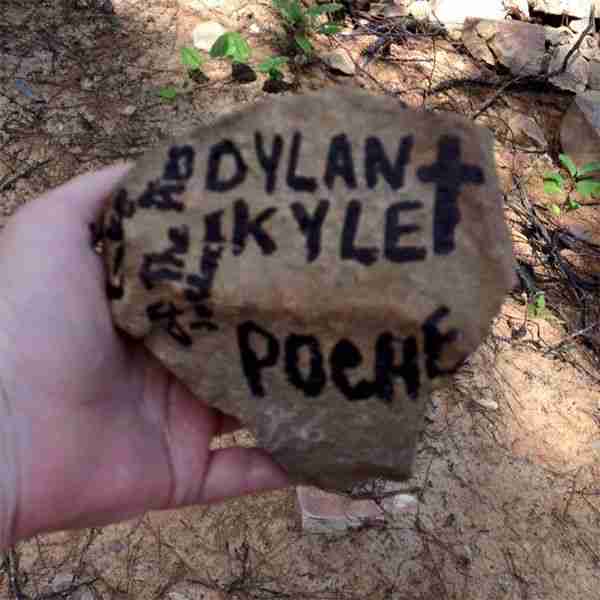 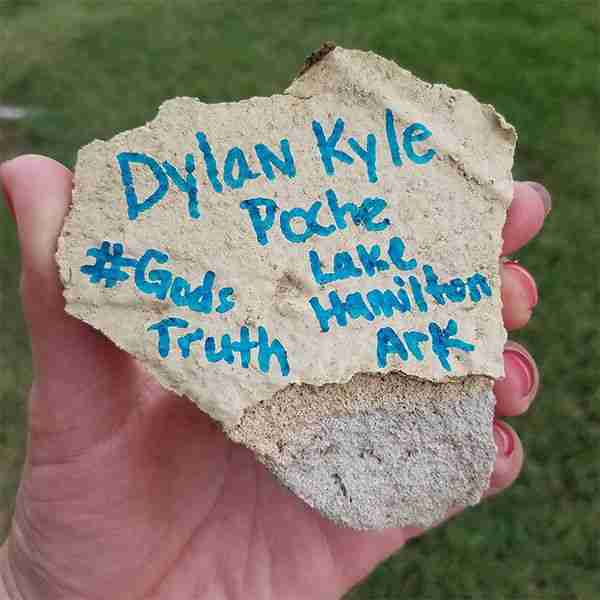 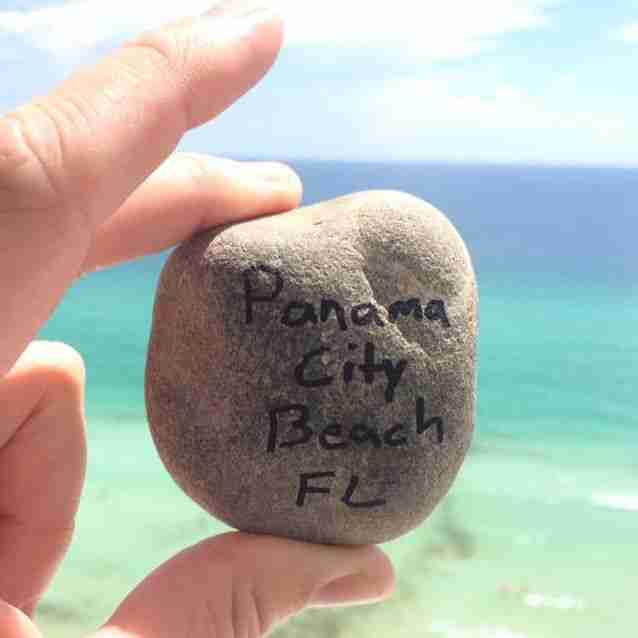 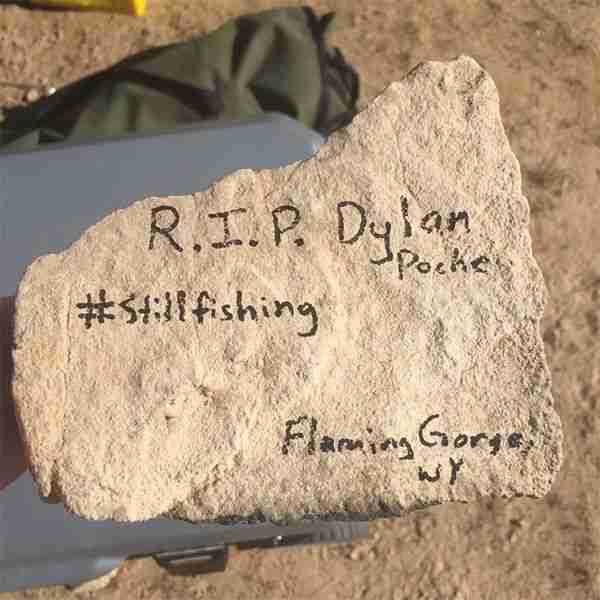 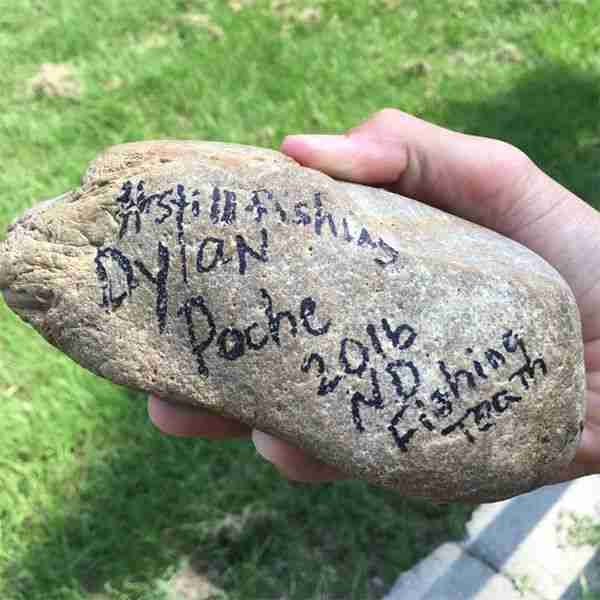 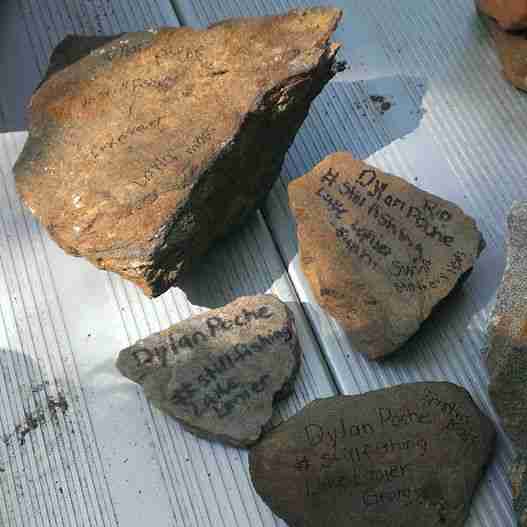